Manas National Park is a wildlife sanctuary located in Assam. It is a UNESCO World Heritage Site. Manas is a Tiger Reserve Project , an elephant reserve and a biosphere reserve. Manas is located in the Himalayan foothills. It shares its border with the Royal Manas National park in Bhutan. Manas is famous for rare and endangered wildlife such as Assam Roofed Turtle, Hispid Hare, Golden Langur, Wild Water Buffalo, and Pygmy Hog. 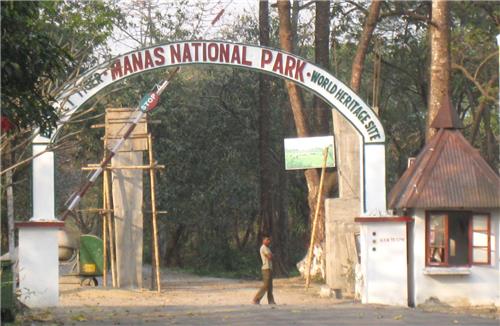 The name Manas National Park is derived from the Manas River. The river Manas is a major tributary of the Brahmaputra river. It passes through the heart of the national park. Manas was earlier a reserved forest. The Koch Behar royal family and the king of Gauripur used the place as hunting reserve. It was declared a sanctuary in 1928. Manas Tiger Reserve was made in 1973. UNESCO declared the place as a world heritage site in 1985. In 1990 Kokilabari reserve forest and Kahitama reserve forest were added to the park. Agrang forest village is situated at the park. There are 56 villages surrounding the park. 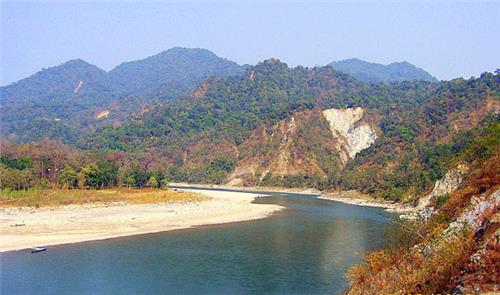 Manas National park has an area of 950 km per square. It is situated at a height of 61 to 110 meter above the sea level. The area is low lying and flat. Manas National Park is bordered with five districts of Assam- Kokrajhar, Chirang, Baksa, Udalguri and Darrang. The park is divided into three ranges. Panbari is the western range, Bansbari is the central range and Bhuiyapara is the eastern range. It is situated at the eastern Himalayan foothills. The Manas river flows through the park. Manas maintains moderate temperature throughout the year. The climate is warm and humid. The area records 76% of humidity. The maximum temperature of the park is around 37 degrees and the minimum hovers around 15 degrees. Monsoon arrives in the park in May and lasts till September. Monsoon is characterized by heavy rainfall. The annual average rainfall in the park is around 333 cm.

The park is densely forested. The grassland of the park is made up of deep deposits of alluvium. It is one of the richest biodiversity areas of the world. The main vegetation types are Assam valley semi evergreen alluvial grassland that covers approximately 50 % of the park area, sub Himalayan light alluvial semi evergreen forest, east Himalayan mixed moist and dry deciduous forests, and low alluvial savanna woodland. 543 plant species have been recorded in the place. 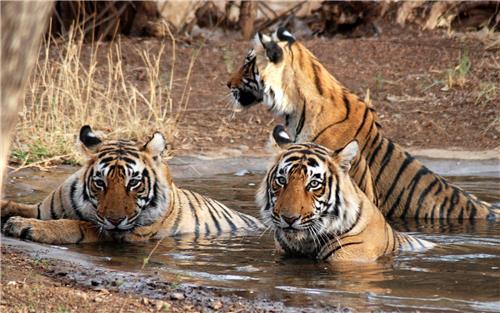 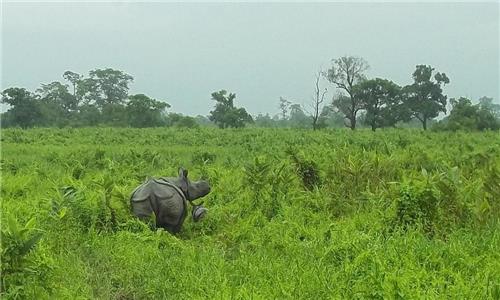 There are more than 450 species of bird in Manas. Manas has the largest population of endangered Bengal Florican. Manas is the home to giant hornbill, jungle fowls, bulbul, brahminy ducks, kalij pheasant pied hornbill and grey hornbill etc. 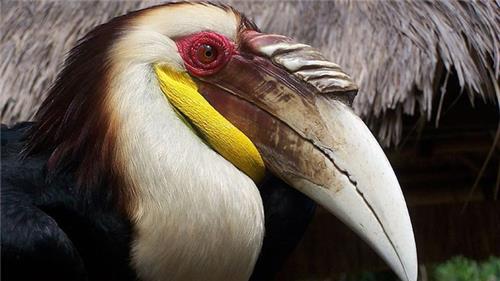 Manas National Park is open from November to April and remains closed the rest of the year due to heavy Monsoon showers. Traveling to the park during this time of the year could be fruitful for the visitors. Jeep and elephant drive facilities are available inside the park for tourist. Raft drive is available on the Manas river. Through the raft drive tourists can visit the dense areas of the park and view the elephants, rhinos and wild buffalo.


Explore more about Tourism in Barpeta